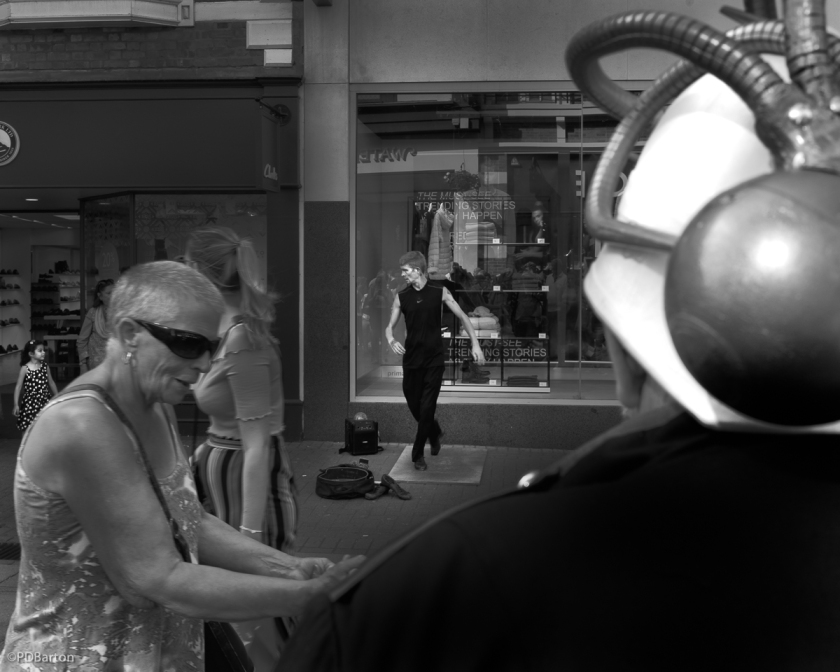 For me, a satisfying image has shapes and layers.

I was at the SteamPunk festival in Lincoln on Saturday. This image was from the lower half of the city (where there were fewer SteamPunk attendees).

I was drawn by the incongruous hat of the SteamPunker – a white military helmet surmounted and enclosed by an Octopus. I use that as the front layer and slightly out of focus, with shoppers passing in the next layer.

The layer which first attracted me contains the Irish Dance Busker making eye contact with the delighted little girl.

Finally, in the last layer of interest is the shop attendant peering out of the window.

I find this image satisfying even though it’s far from perfect containing as it does elements others may believe detract from the image.

As you maybe aware, my images are just for me so you may not agree. That’s OK. That’s what makes this art form so interesting – alternative views of the same thing and differing opinions.