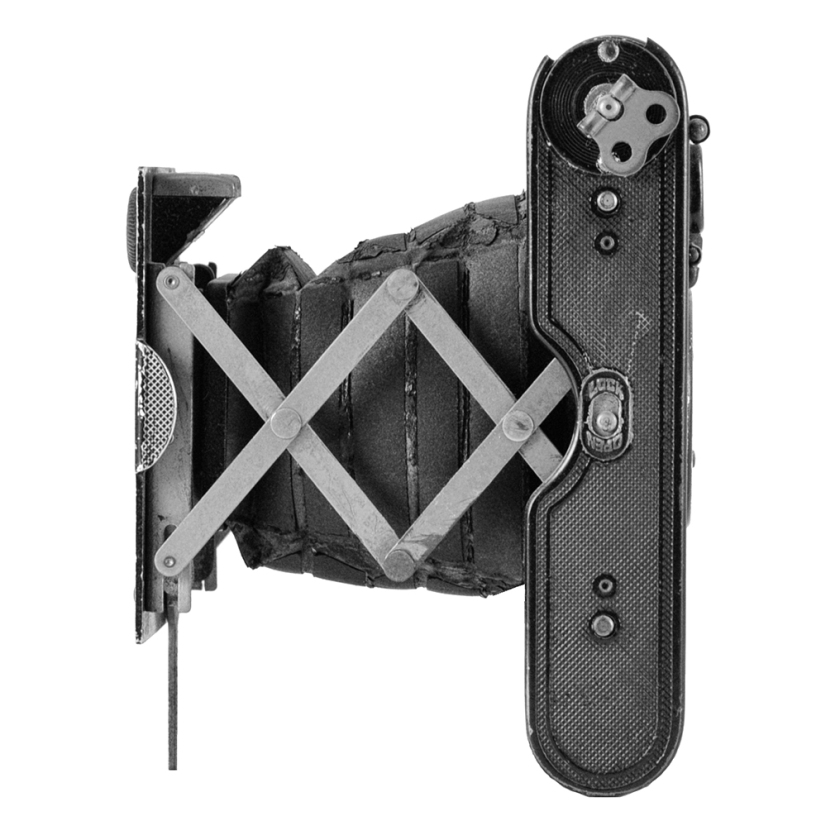 The first of the soon to be ubiquitous cameras using 127 film, the Vest Pocket was Eastman Kodaks best selling folding camera. 1,750,000 (some say more) were made between the years 1912-1926. This particular camera was made around 1919. It’s not a very good example of the camera. It’s very far from mint. I suppose that’s OK though as I paid only 30 pence for it at a car boot event 30 years ago.

Supposedly one of these cameras went to the top of Everest with Irving and George Mallory. Though Mallory’s body was found in 1999 there was no sign of the camera which would have had the missing proof Irving and Mallory were indeed first to the top.

The British Journal Photographic Almanac said about the camera…

“In the very excellent design and finish of the apparatus we see the familiar determination of the Kodak makers to produce always the best type of a given article. The Vest Pocket Kodak, though taking a very small picture, is nevertheless a thoroughly reliable instrument, and not at all dear at its price of £1 10s (£1.50).”