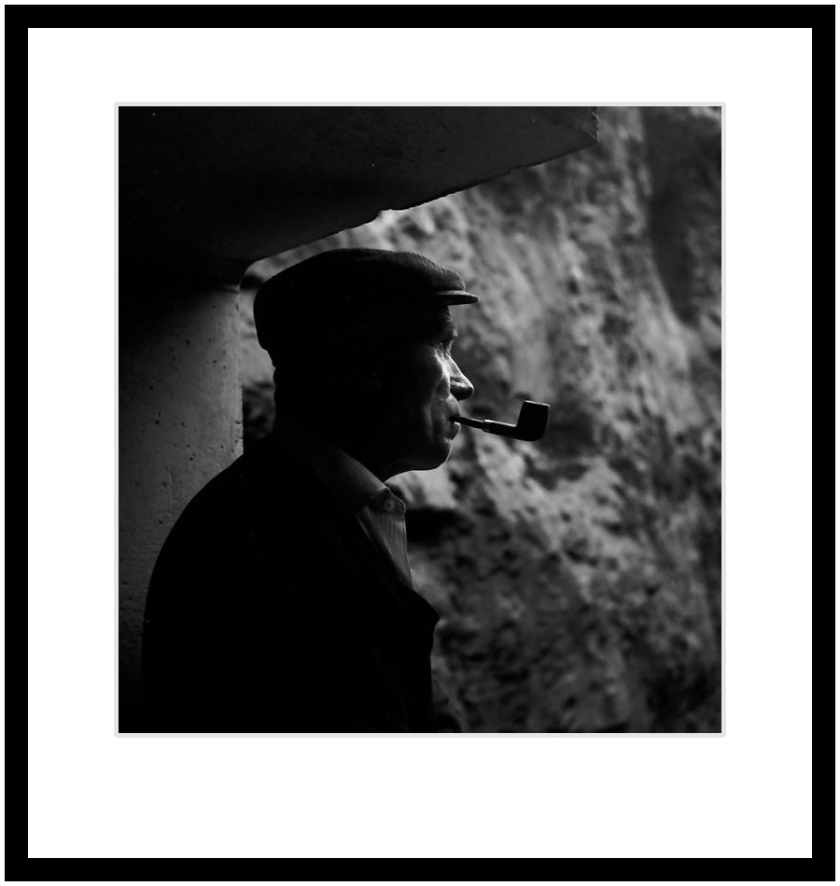 I have chosen 4 of my pictures, all of which are over 40 years old, in order to show ‘related’ images. Odd you may think, but this choice reflects my desire to return to what I saw then. Not what I actually saw, you understand, but more my ability to see something else.

Yes, they are out of focus. Yes, they are grainy. Yes, they may have been treated with a heavy hand when scanning and printing. All of these are faults by modern day standards. And yet, for me,  these images manage to contain some of what todays ultra-sharp, perfectly exposed and wonderfully printed images lack, That ‘Je ne sais quoi’ that I’m struggling to regain.

Perhaps it’s the magic of time passing which has provided that curious, mysterious essence. Or maybe it’s just that these characters aren’t around anymore; disappeared from our more homogenised society. Who knows.

It goes without saying they were shot on film. All Black and White. One, the Navvie, was shot on 6×6 the others on 35mm. And all were shot in my home city of Birmingham during the latter part of the 1960’s – early part of the 1970’s which was undergoing massive change at the time with slum clearances and new build.

1. Harry McGill from Blantyre in Scotland. Harry was a “gentlemen of the road”.  He was staying in a hostel nearby in Camp Hill, later to be the subject of a Don McCullin piece on the homeless. We talked for a couple of hours before I took his picture. He told me he shared his hometown with Dr. Livingstone, the explorer. He was wistful for his South Lanarkshire youth.

2. One of a group of youths at a fun fair on waste ground at Hay Mills. Faraway look on his face surrounded by noise and flashing lights. Peace amidst the mayhem.

3. A street urchin playing on slum clearance land in Aston near the city centre. He and his friend had a piece of red ribbon pinned to their clothes. I’ve never been able to discover the reason. It has always puzzled me. They both had shoes on their feet. At the time in the late 60’s, it was not uncommon to see street kids with no shoes or socks. Barefoot in all weathers.

Featured image at page top. One of the last of the true Irish Navvies* working in an underground service duct near to the present Aston University. Navvies were a dying breed back in the early 70’s, Long gone now.

*Navvy is a shortened form of ‘Navigator’ as it was these Irish Navvies who dug, by hand,  the pre-railway canals up and down this country. And ‘The Navigation’ was the 18thC name for the canal system. In Birmingham, we just called it “The Cut”.