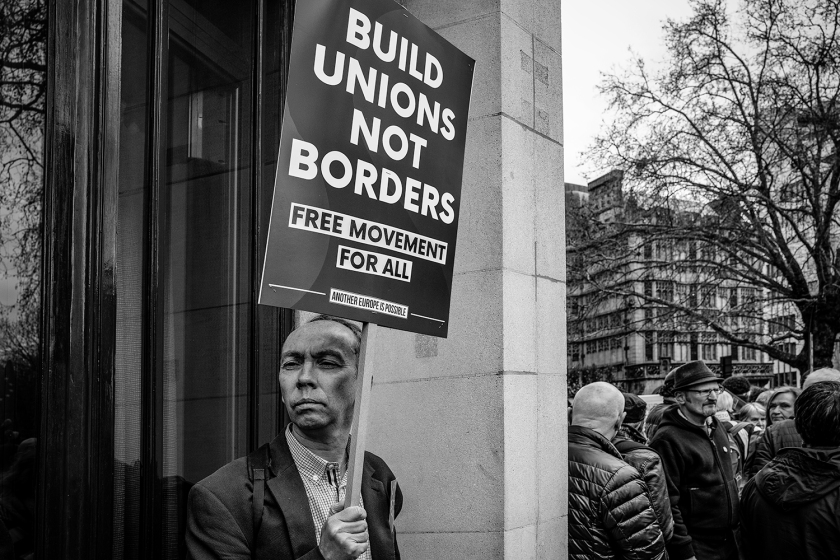 If, like me, you are sick to the back teeth of hearing the word Brexit I’m afraid this piece is not going to help much. But, but, but – yes. it’s worth the repetition – if we relent in our efforts to push back, then we can blame nobody but ourselves, for not trying to reverse what has transpired to be an uninformed, corrupted and consequently, bad decision.

One million of us joined together in London yesterday to protest against what we see as madness. I owe it to my grandchildren to try to protect their future. It would be hard to look them in the eye and say I did nothing.

That’s enough of the ‘why’ of it. Here are some pictures of how the day panned out from the people walking through London before the march until my crocky old bones could literally stand no longer a few hours later. I didn’t get to the end. Sorry.

As to whether we should stay or go… you have your own opinion – and long may that freedom of choice and democratic door be held open. I’m with Remain. That’s one thing. The damage to our democracy is quite another, and we have seen much evidence of that in the run-up to this debacle.

“There are no leavers there because they would be lynched. These people are so convinced of their righteousness they cannot see anyone who disagrees with them as anything other than a monster. The rhetoric against people who voted to Leave characterises them as sub-human.”

Apart from this being a classic, if juvenile diversionary tactic for a failing argument i.e. imprinting your own failings onto the opposition by accusing them of being everything you are, you can see here this patently a lie. A lone pro-Brexit demonstrator is left utterly un-harried and certainly not lynched.
The people on this march were more likely to offer you a back rub and a cup of tea. Vine’s comment was absurd and she should apologise. Imagine if she became the “wife of the Prime Minister”. A lying right-wing Tory and a Daily Mail columnist. Heaven forfend!

Walking to the march, early morning. 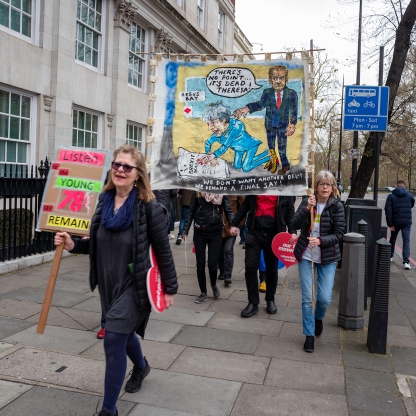 Walking to the march, early morning. 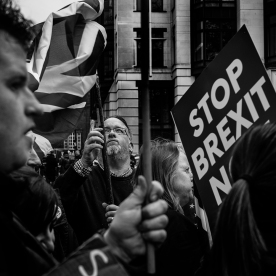 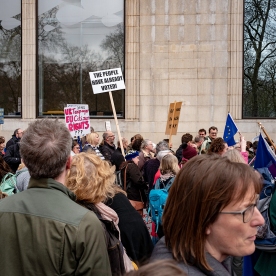 A solitary Pro Brexit demonstrator. Not harassed, harried or even lynched. 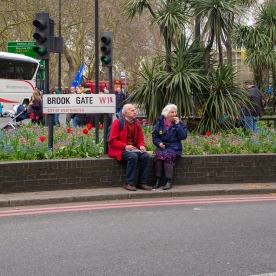 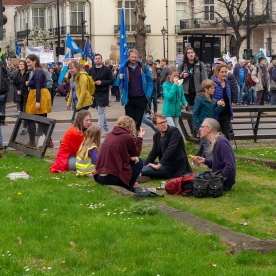 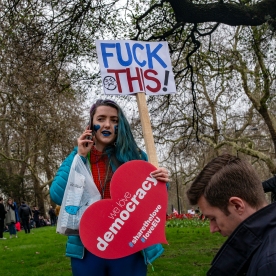 The young just cut to the chase.