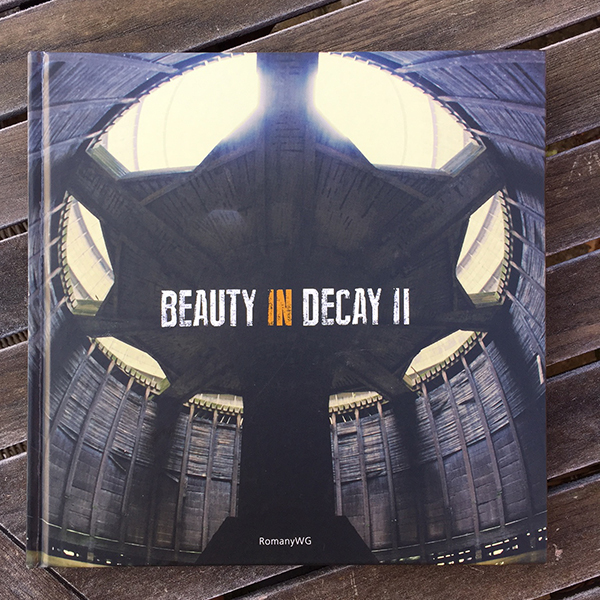 I admit to having esoteric taste in photography. For example, I have always liked images of old buildings in decay. There is something about faded grandeur, that evanescence, which haunts me. Perhaps it stems from my time spent in inner city Birmingham in the 60’s working to rebuild the city after the war years. Many buildings were demolished: domestic; commercial; and governmental. I was able to wander among them before demolition. In the quiet time, before they died.

Or, perhaps it was my time spent as a building surveyor where it was my job to inspect old buildings. I have been inside of many fascinating structures.

So, you can see why a book depicting images discovered whilst urban exploring might fascinate me. This book doesn’t disappoint. It has dozens of images, many filling the whole page, taken in many countries. The subject matter ranges from grand domestic to industrial. Unfortunately, the pages aren’t numbered so I can’t easily indicate images I like but, in a section called “the future is yesterday”, there is an image of contorting tubes which are beautifully lit in a dark space. The whole is like an elegant piece of sculpture. As a found object it has achieved an artistic beauty which was never intended when it was built.

And so it is with many of the images in the book. Whether it is with the startling beauty of grand palaces in decay, the frightening echoes of old asylums, or the complex, rusting elegance of industrial sites, this book grabs your attention.

It’s a must for all us armchair explorers of our decaying past.