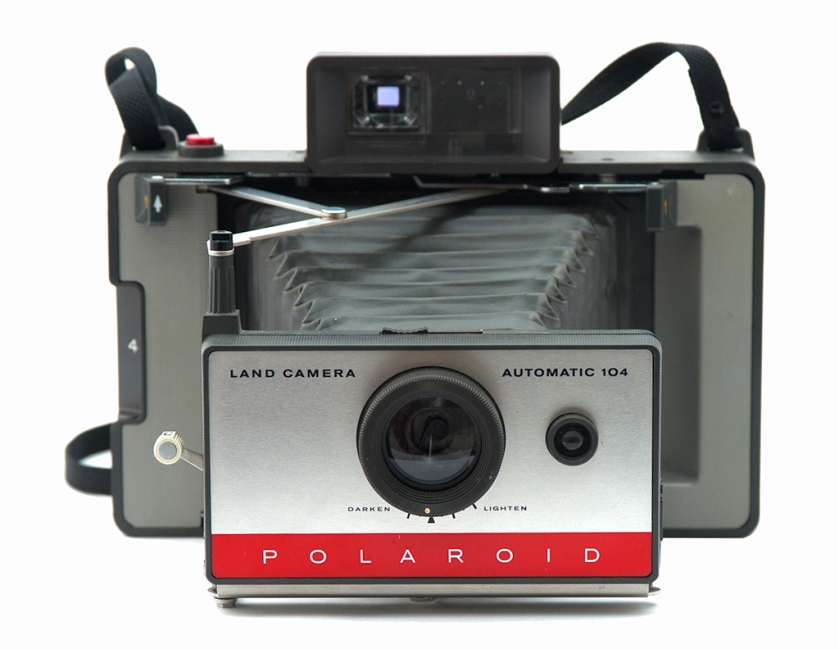 Polaroid photography has been around for as long as I have. The film was invented in 1947 and the first camera, the model 95, was released in 1948.

It used film inserted one sheet at a time. The film was exposed and removed from the camera to process. This was often a messy business with chemical leakage being a common problem if you got it wrong .

That same film, in it’s black and white version, was a favourite of studio photographers who would buy Polaroid 5X4 backs for their studio cameras and then would expose the film to test for exposure and focus before inserting traditional film.  A heavy day in the studio would see dozens of these test exposures laying around.

As well as using this film as it should be, some photographers, me being one, would use these same carriers loaded with colour film to make exposures without a camera; even disrupting the film  and chemical process by putting it in hot water and then pushing about the chemical surface with a spoon or stylus to create individual images.

The image below was created back in the late 70’s. It’s a little faded now after over 40 years on the wall. When created it was strong and vibrant. And all done with a spoon. 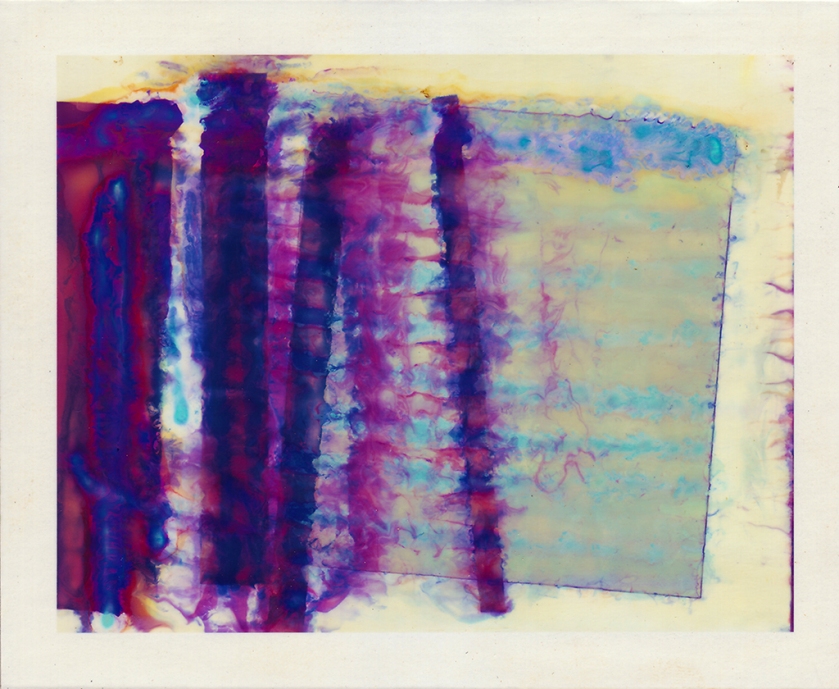 Adulterated Polaroid film exposed outside of a camera.

This later SX70 (1972-1981) camera held a pack of film and could be shot one image after another. Each ejecting and developing.

In 1972 on a stage the founder of the company Edwin Land*, took an X70 out of his suit pocket and in 10 seconds took 5 pictures. Both of these actions would have been impossible with previous models.
*That’s where the name Land Camera comes from. It’s nothing to do with the geographic or physical feature.

The new packs of film cleaned up the developing process and spawned a whole range of instant cameras made by Polaroid. 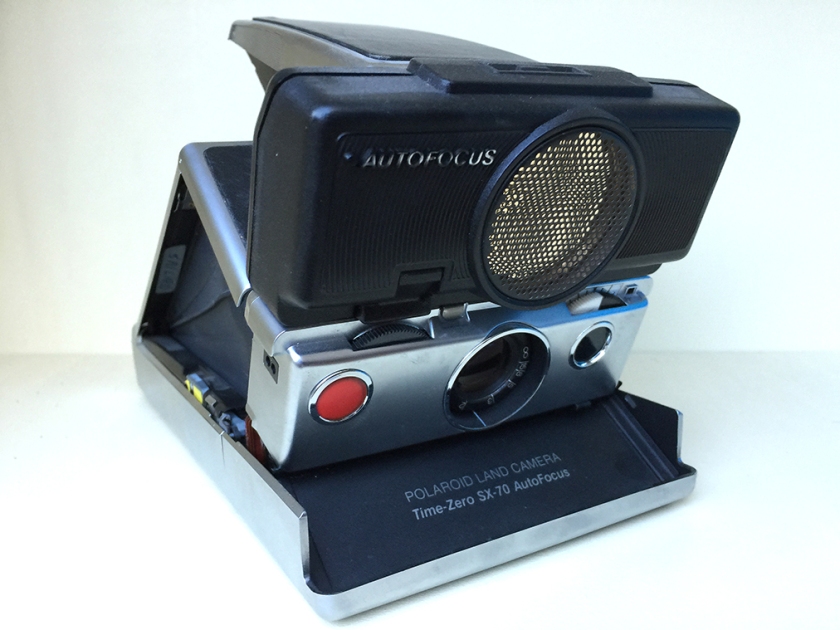 SX 70 Sonar with auto focus was the first autofocus SLR camera to be made commercially available. Introduced in 1978

Sadly Polaroid crashed in 2008. But, the film  is still available from the ‘Impossible Project’ as are some of the cameras. So, if you still have one of these cameras lying about in a wardrobe somewhere load it up with film from here and give it a new lease of life.

Today You can even buy a refurbished  SX70 from Selfridges!