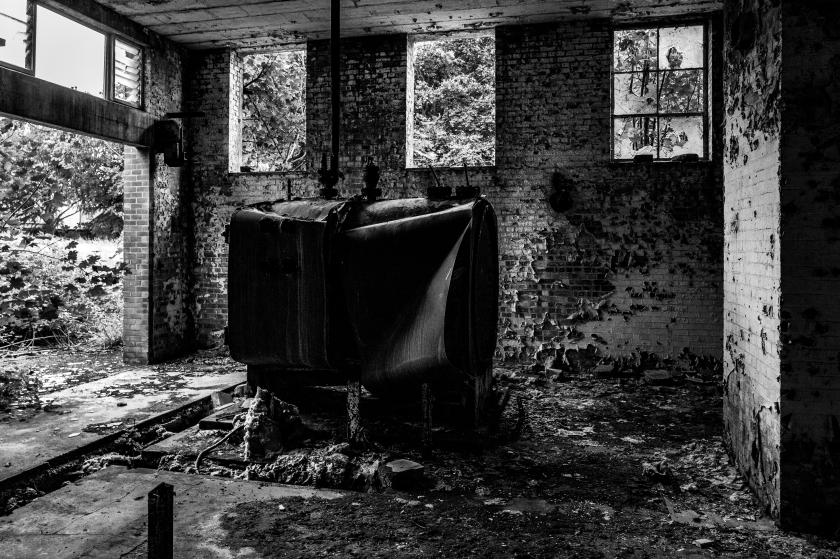 As you may be aware, in the second world war Lincolnshire was home to many airfields. So much so, a specialist RAF hospital was set up near Lincoln in the  sleepy  village of Nocton. The village had already housed a similar set up during the first world war which had taken over  the ancient Manor House and grounds.

The Hospital was expanded during WW2 so as to provide medical support for the many RAF  and USAF airmen stationed across the County.

Post war, the hospital was again expanded to provide a more general medical support for the growing number of RAF families in Lincolnshire and beyond when, amongst other changes, the maternity unit was constructed. My wife’s family were RAF and indeed my mother in law was treated there and one of my brothers in law was born there 60-odd years past.

Some 25 years ago the MOD had a reducing need for such hospitals.  Some  medical staff moved to work in NHS hospitals. Nocton Hall and the hospital were both closed.

Since then, nature has worked its inevitable magic and has reclaimed the hospital and grounds – ably abetted  by fire and the inevitable interlopers searching for scrap. The place is now a wreck. The Hall is little more than a dangerous shell  fenced off for public safety and the hospital buildings, now wildly overgrown display a post-apocalyptic vision of wilderness reclaiming what is rightfully its own.

I visited  on a summers evening. The light was failing and shadows were long, both adding to the considerable ‘Atmosphere’ generated by the structures themselves.

Here are some of the images I made. Dark, full of strong contrast and sometimes blurry and sometimes full of foreboding; they portray what I felt when I was there. 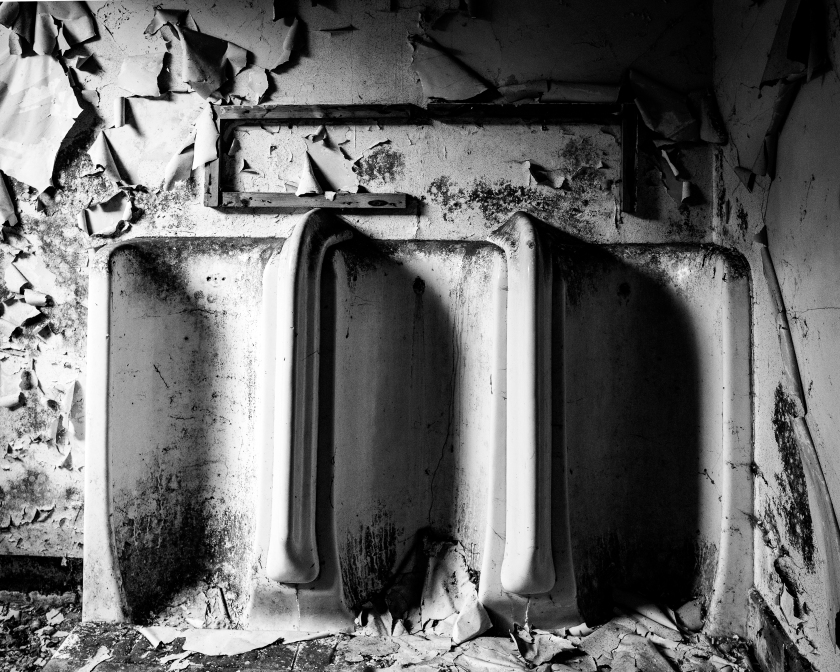 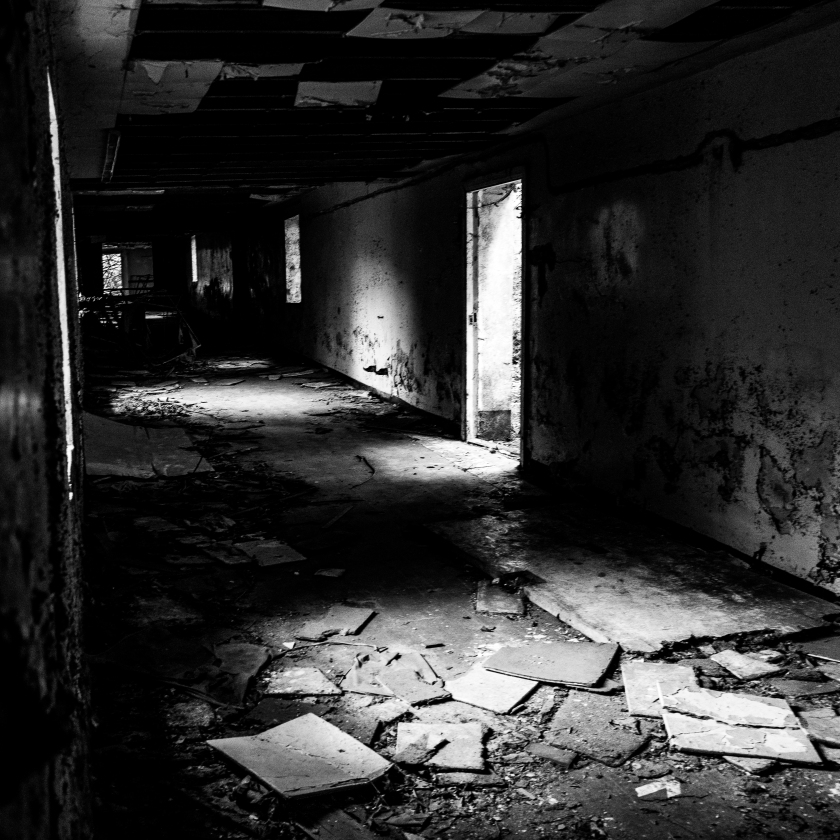 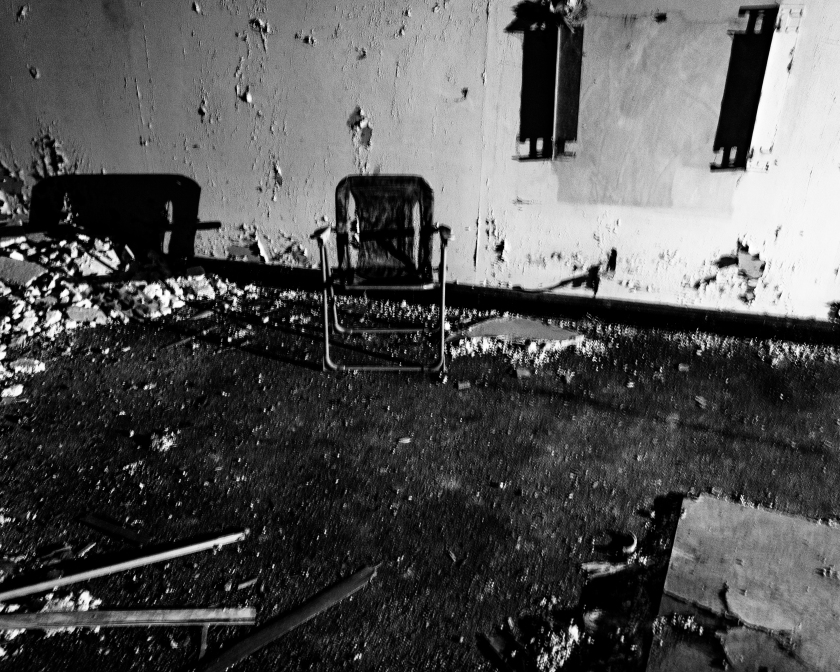 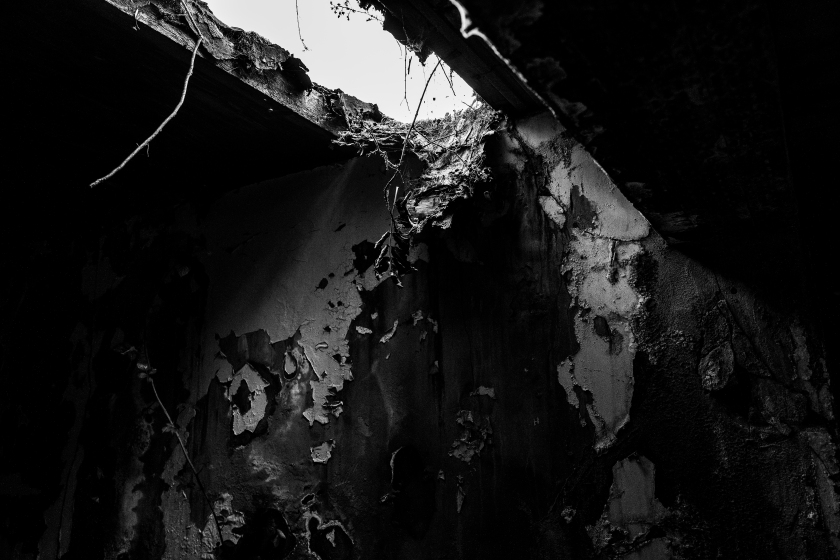 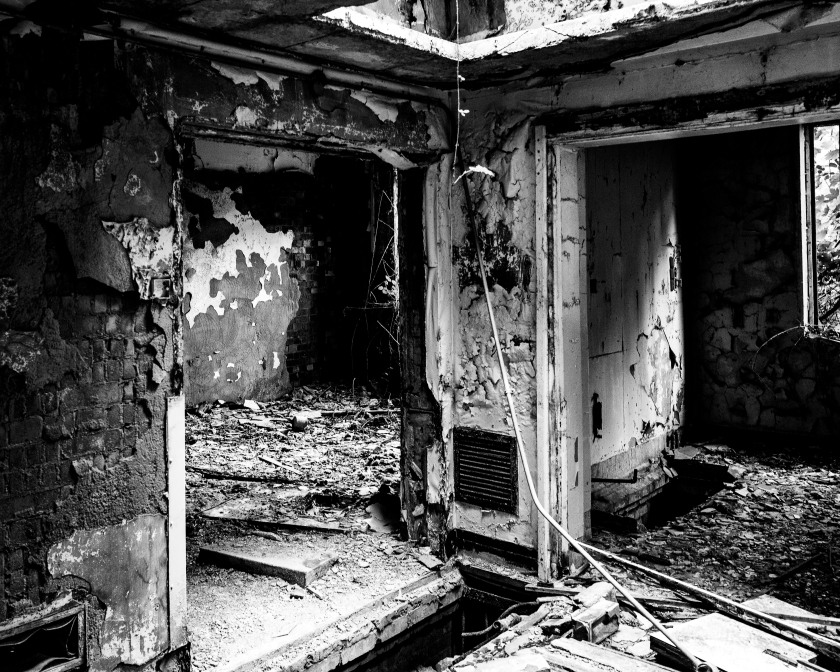 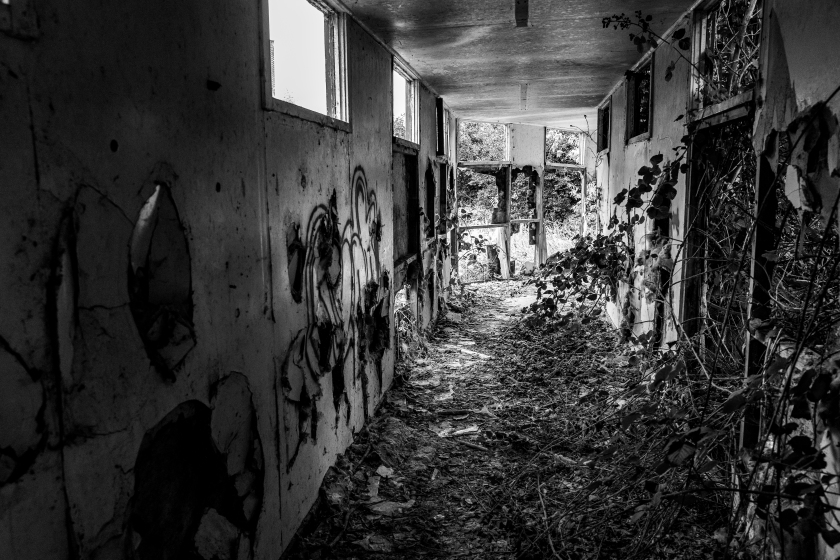 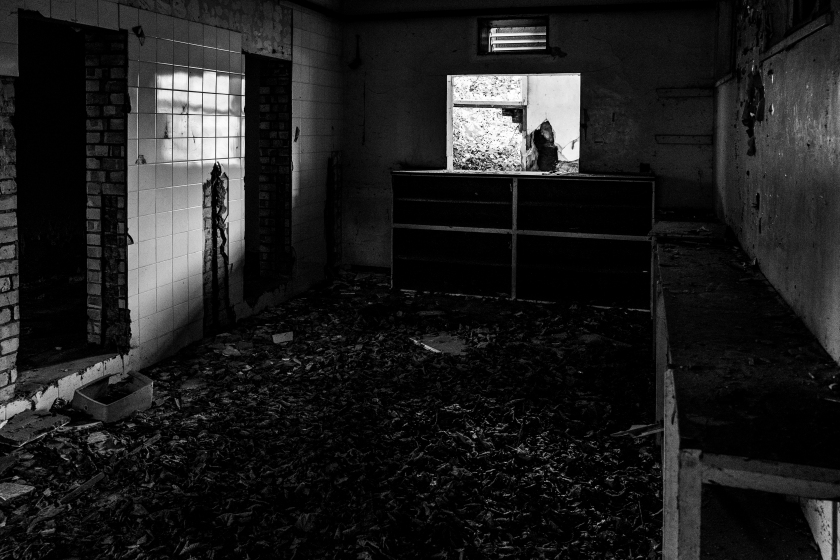 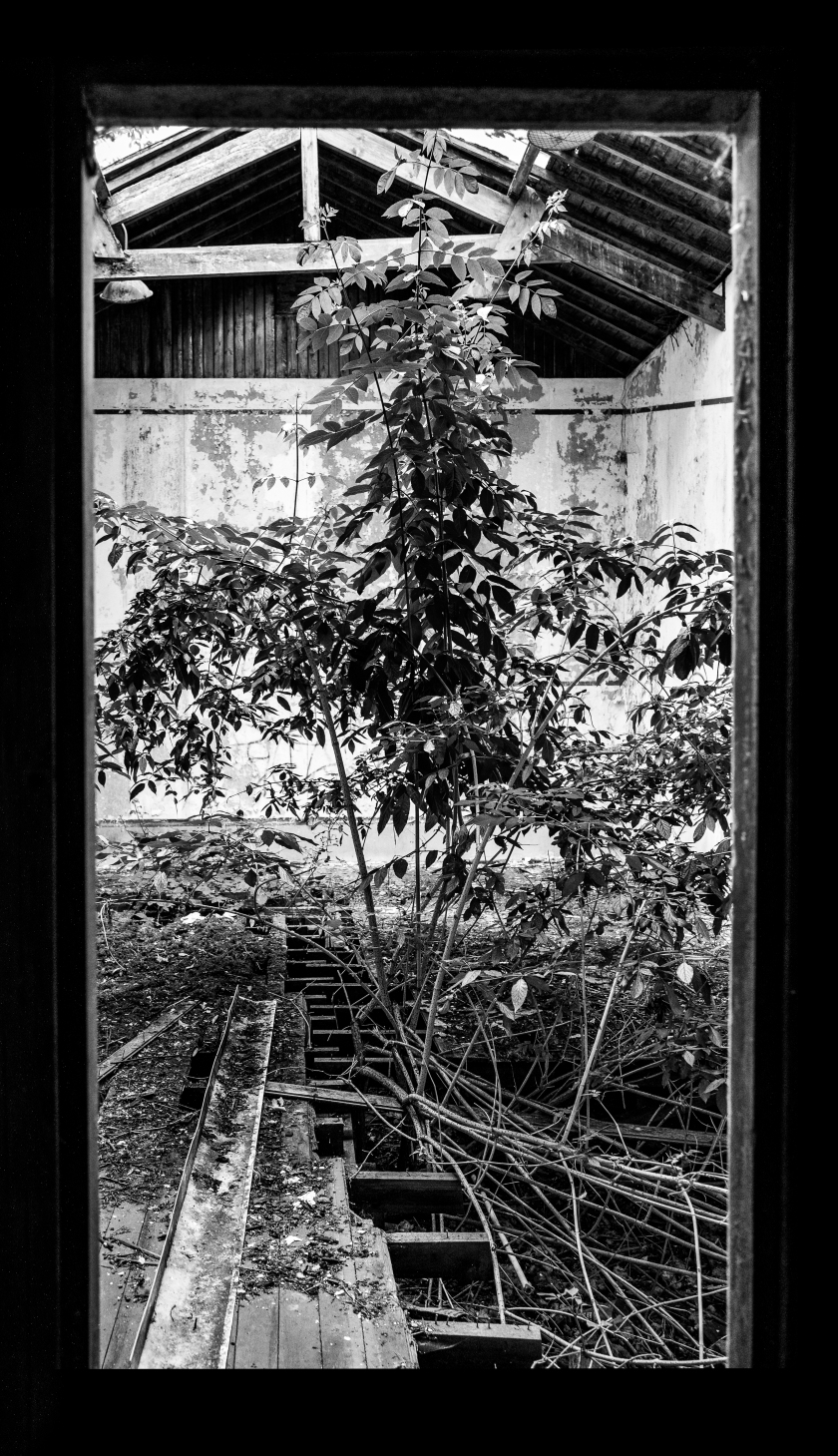 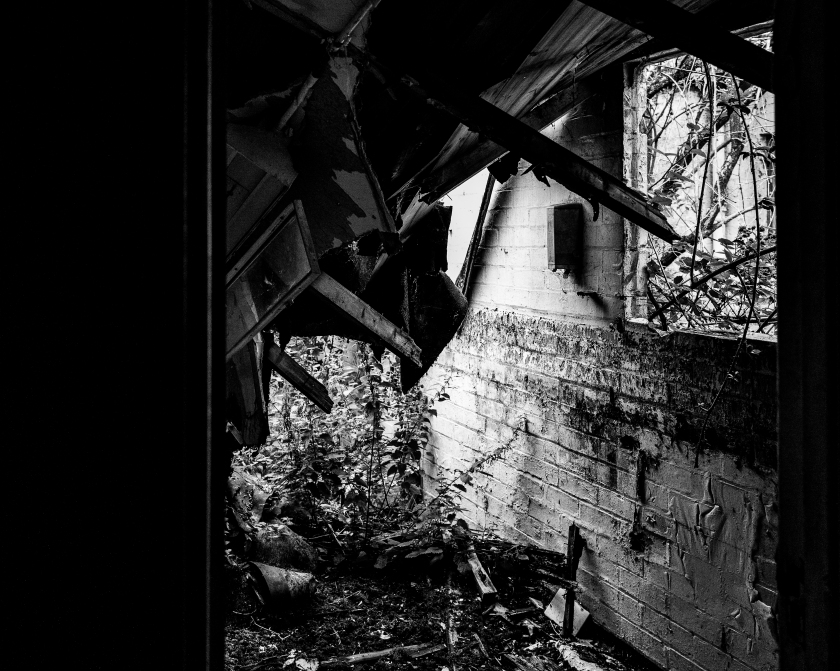 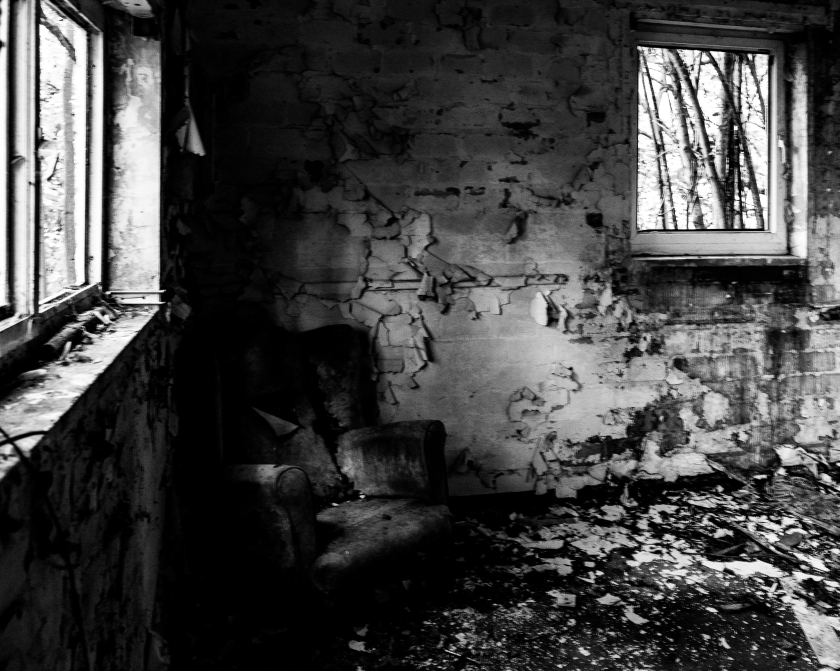 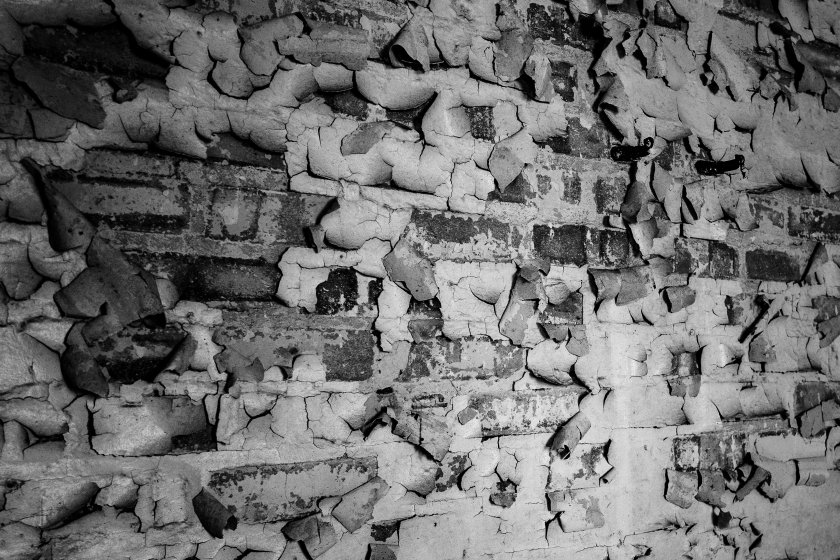