I was in Birmingham last week, the city of my birth. And just to remove any confusion, I’m talking of Birmingham in the West Midlands of England.

Every time I visit there has been change. The city seems incapable of standing still for just one minute. Perhaps that’s how it should be, afterall, Birmingham is known as the driver behind the industrial revolution of the 18th and 19thC. and was for many years, the home of manufacturing in the UK earning it the aphorism of “The City of a Thousand Trades”.

The replacement for the NatWest Tower climbs skywards

It’s not an old city. Its growth, fed by the industrial revolution, came as a result of hundreds of thousands of ‘immigrants’ from the farming communities in surrounding counties. My own forebears on both sides were “Aglabs”, agricultural labourers, from Staffordshire, Warwickshire, Gloucestershire, together with true ‘immigrants’ from Ireland. Birmingham is a crucible, and always has been.

With that growth comes continual change. As a reason for change, added to that of growth, is development – in the shape of technology, working methods etc.

All of this stamps its mark on the city, its bricks and mortar and its people. Nothing here seems permanent. I myself worked on a new depot for Birmingham City Council’s Public Lighting department back when I left school in the early 60’s. It was built on the site of demolished inner city houses. ( curiously, only recently I discovered some of my forebears lived in the very houses demolished for that project). That development, constructed in the early 60’s was itself demolished in the first decade of the new century and has been built over. 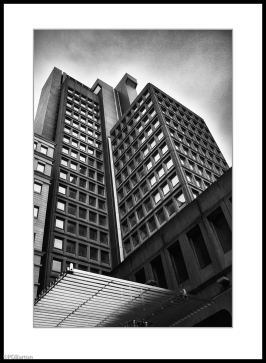 However, as you can see, not all of the cities old buildings are being flattened. Birmingham college of art remains. A glorious reminder of the skills of designers and artisans past. Long may it, and more like it, stand against the march of mammon and the banal lego architecture eroding the quality of our cities.